Hello, there is something of which importance so many alternative truth seekers fail to recognise, even the greatest ones.

It is complementary currencies.

The current system in its most basic assumptions, could mostly, not totally, be corrected by some, a few major issues.

One of basic problems besides the need for money in the first place, is compound interest. It should be illegal, I think. Normal interest could be legal, if it represents a fixed price, therefore being a fixed interest. Compound interest is based on a law that is against natural laws that operate in long standing systems.

Secondly, as commodity markets and the stock exchange have regulatory bodies and centers, so should have foreign exchange, which does not have such yet. There is no one single place where you can go on a specific street or square that would regulate the world’s currency trends. There is such for stock exchange, like the New York Stock Exchange or Frankfurt Stock Exchange, there are also such bodies for commodity markets like the Chicago Board of Trade in the US, but there is none for currencies of nations of the world. And we cannot account the Bank for International Settlements for this purpose.

Therefore an artificial imbalance has been upheld for centuries, even though people in countries with weaker currencies work usually at least the same amounts of hours and soul and bodily effort.

Thirdly, there has been a taboo, the greatest taboo of all, even greater then UFOs, reptilians, the trillion dollar law suit, quantum-vacuum zero point energy, or enlightened absolute consciousness. All these are fairly accessible, understood by many, compared to the amount of those people who understand the magnitude and importance of complementary currencies.

The central middle age was before the dark middle age. There has been great abundance in Europe in that era. The reason for this was not greater machinery or technology or consciousness than a few hundred years thereafter. But it has been the financial ecosystem, the opposite of a financial monoculture. And this is what we really need, besides the aforementioned more known areas, for a new humanity.

As nature uses multiple species in a forest to create sustainable diversity, so does permaculture and so need our financial systems.

A competition has begun at least in the Western part of the world, to find a new way of organizing societies. There have been welfare republics, dictatorships, democracies, welfare states, liberal states and now a way is yet to be found.

We could learn from the experiential wisdom of the successful, abundant part of ancient Egypt and of the central middle ages, to just mention a few examples, because if we use only one tool for a variety of purposes, we will not see satisfactory results.

It is our habit to think of many as something God given, though it really is a mental fiction. Therefore it is totally changeable.

There have been numerous successful examples with using complementary financial tools for different purposes which give not hope, but absolute certainty that this new yet ancient approach works.

Financial monocultures were created by reptilians and other service to self civilizations in order to concentrate and centralize power and resources in order to control star people souls incarnated in human forms through the needs of those 3D forms.

Interest is a further, second step beyond the structure of financial monocultures to concentrate and centralize power and resources.

Compound interest is a third, huge step in this effort.

The lack of a center of foreign exchange markets is yet another step.

Computerizing trade in stock exchange and the FRESH beginning of computerizing commodity market trades is a further step.

And there are many steps in between.

So if we peel back the onion layers, the fundamental problem is financial monoculture, the absolute lack of financial diversity.

This makes the system very effective in one sense, but just look at the global de facto distribution of goods and services.

Complementary currencies (c.c.) of various types are needed. From a locality viewpoint, on the greatest level, for international trade (like the Terra Trade Reference Currency, TerraTRC.org ), then for nation-to-nation trades, like autonomies outside originator countries and the mother country, then on the national and sub-national, that is on a regional and even city and even sub-city, that is on a district level, like the Torekes in Belgium ( torekes.be ) , or the C3 in Uruguay ( c3uruguay.com.uy [the government accepts it and is based on the open source software cyclos.org ] ) , or the WIR in Switzerland ( wir.ch [ Europe’s oldest c.c., which is a B2B c.c. ) or the Zeitboerse in Switzerland ( zeitboerse.ch [Europe’s very first complementary currency to solve the problem of the so pressing elderly care, based on the Japanese model of the Fureai Kippu c.c. ] ).

In our modern world, decisions are made by large corporations. They need to have an interest in where we would like our world to go.

Whatever amount of disclosure we achive in the area of extraterrestrials, in ancient wisdom knowledge, in thousand years old secret agendas, in free energy and so on, these will not bring forth a new humanity with the old, patriarchal, thousand years old financial system, taking into account that money, the force behind money, is one of the strongest de facto forces in humanity.

Complementary currencies are as important in disclosure and in building a new world as the disclosure on UFOs, reptilians, the trillion dollar law suit, quantum-vacuum zero point energy enlightened absolute consciousness and so many other topics. 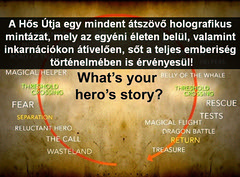